Because of the ADA, access and inclusion are the standards, not just a nice idea.

The Americans with Disabilities Act (ADA) turns 32 this July 26, 2022. It is hard to believe that 32 years ago, access was something we fought for and, in some ways, we are still fighting to achieve. Often times when we talk about the ADA, we sum it up with ADA=Access.  However, it is so much more.  The ADA is a federal law that prohibits discrimination on the basis of disability in many circumstances and it breaks down these circumstances into five main parts they call titles:

For people with or without a disability, it is important to understand what the passing of this law means. ECI employee, Rena Lewis, remembers what it was like before the ADA passed.

Getting employment was difficult for me, too.  It was legal for employers to ask if you had a disability, the type of disability, and how you were affected by your disability.   They could even ask for a doctor’s note explaining it.  Very often, employers told me that they would not hire me because they were concerned for my safety.  More often, employers just turned me down.  So many things kept people with disabilities from working.  For instance, there were buildings I could not enter or exit.  I was unable to sit in or get out of certain chairs. There were steps I could not climb.  Once I disclosed having seizures, or that I was born with Cerebral Palsy, what I could do faded away.

People can now get help in understanding the ADA.  The Mid Atlantic ADA is one recourse.

ADA defines who an individual with a disability is:

If you would like to learn more about the Americans with Disabilities Act, please reach out to the Mid-Atlantic ADA Center at https://www.adainfo.org/ada-information or the Endependence Center for more information.

Previous:
At-Home COVID-19 Tests for People Who Are Blind or Have Low Vision 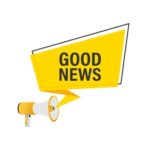